A team is a group of individual talents, and our staff is exactly that. We pride ourselves in our ability to produce high-quality products while offering the best customer service and support possible. Have you experienced our support already? Let us know how we did! 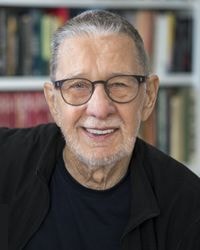 After the Air Force and graduate school, Dean was a Professor of Mathematics at Bowling Green State University for 25 years. Dean is the creator and programmer of all EQ software. Electric Quilt Company exists because of Dean’s programming skill and ideas. He produced the first Electric Quilt program in 1991, as a DOS program which included a method for drawing pieced blocks without a mouse – just the keyboard. The rest is EQ history.

Today, Dean continues to be in the EQ office several days a week. Currently he enjoys reading and studying anything about particle physics. He’s also been a lifelong learner of languages. He’s been known to recite Chinese proverbs to Ann…………in Chinese! He also enjoys playing the piano and travelling with his wife and EQ co-founder, Penny McMorris. 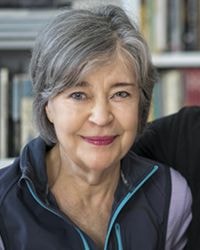 Penny was the corporate art curator for Owens-Corning Corporation headquartered in Toledo, Ohio for many years. Penny enjoyed art history and especially quilts. She convinced the local PBS station (WBGU-TV) into letting her produce and host several television shows about quilt history as well as contemporary quilts. Her real passion was helping contemporary quilt artists have their works be seen. At EQ, she was the friendly voice on the phone or in email, the newsletter writer, lesson writer and much more. To her staff, her enthusiasm and cheerleader-style customer service has been a model to follow even though she’s no longer in the office.

Penny retired from EQ office-life in 2016. She enjoys photography and travelling with her husband and EQ co-founder, Dean Neumann. The former marathon runner and now active walker can be seen with camera in hand on any given day in Bowling Green, Ohio…………and the EQ staff loves when she ‘pops in’ to cheer on her former teammates! 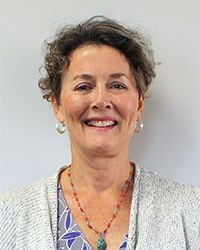 I didn’t hesitate about becoming The Electric Quilt Company’s first employee when I received a phone call from Penny McMorris in the spring of 1992. I had “Dr. Neumann” for a college math class the previous fall. I was in the process of renewing my teaching certificate.  That was the connection. And what an amazing opportunity this has been for me! As the first employee, I started out packing product and running to the post office. Then came order taking, tech support and always, always, beta testing the latest EQ. I learned to design brochures and advertisements, write user manuals and online help. I even helped Penny launch our first website, and assisted Dean with minor programming tasks. I have loved the autonomy and personal growth that a small company can offer. Today, I continue to help test our software and make decisions about projects and products, but mostly I manage and oversee the financial affairs of The Electric Quilt Company.

Becoming a grandmother has been one of my greatest joys in life. That, and pizza! 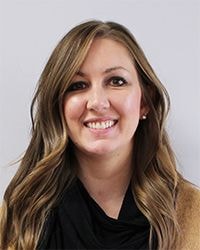 I started working for The Electric Quilt Company as a graphic design intern in 2003, then continued with the company after graduation in 2004. Today, my graphic design background helps me with the company branding, advertising, product packaging, book design, software UI design, etc. etc. While I still enjoy designing, my role at EQ has evolved a bit. I manage product production, oversee promotions, and have a large role in the development of EQ software. I really enjoy having my hands in all different types of projects, especially in continually enhancing and improving EQ8!

When I’m not in EQ mode, I “enjoy” traveling around northern Ohio and southern Michigan for soccer, softball, baseball, and basketball, filling up any free time I have. (I have very active twins.) 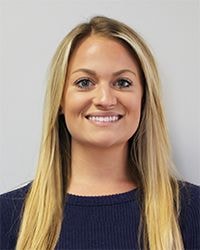 In 2013, I started a graphic design internship with The Electric Quilt Company. My first job was to design the pages of an Applique Drawing book for EQ7. About two months in, I was offered a full-time job and have been learning more and more about quilting ever since. (Maybe one day, I’ll actually sew something!) Currently, I’m head of Promotions and manage EQ Stash Online (if you have EQ and love fabric, you need to check out EQ Stash Online!). I work with fabric manufacturers, cross promote with industry professionals and oversee improvements to our website. You’ll also find me helping with tech support, writing blog posts and designing our sale emails and newsletters.

In my free time, I enjoy cooking, baking, reading about cooking and baking, playing with makeup, fishing, and quoting tv shows/movies whenever possible. 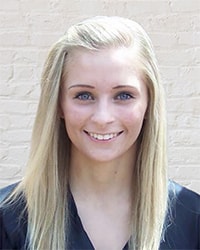 Before graduating from Bowling Green State University studying Computer Science and Digital Art, I started an App Development internship with The Electric Quilt Company in 2020. Upon graduation, I continued the internship moving on to Mac development which lead to being offered a full-time job. I enjoy programming EQ software for the Mac and everyday I am learning something new about quilting! It is amazing seeing all of the amazing designs our EQ users have created using our software.

Outside of EQ, I enjoy spending my time catching up on new tv shows and movies, reading books, and playing video games. I absolutely love animals and would live on a zoo if I could, but currently I only have two dogs (German Shepherd and Siberian Husky, very active!) and two cats. 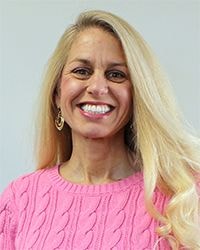 I worked for EQ back in the days of EQ3 and 4. I took a “brief” 15-year absence to sing opera professionally. I happily returned  for the launch of EQ8 and now help anywhere I’m needed.

I enjoy spending time and traveling with my amazing husband. I’m also a tennis fanatic (Rafa is my favorite player)! 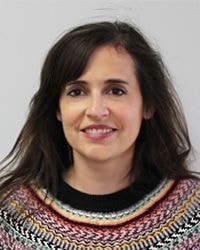 I write the Design & Discover lessons on the blog. I also designs the projects for the monthly project downloads. Her articles about EQ have been posted in Modern Quilts Unlimited and many of her projects have been featured in other quilting magazines. I am always happy to help anyone in need of technical assistance!

I started quilting when I was nine and enjoyed a kid’s summer quilting camp at a local quilt store. One of the shop owners also worked at EQ. After graduating from college I still remembered hearing about EQ and called to see if they were hiring. I have been working here ever since! 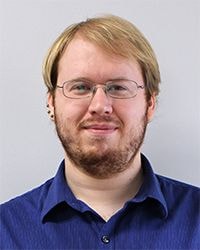 I’m a Bowling Green State University graduate who studied Computer Science. The experience I gained at the university prepared me well for jumping in here at EQ. I started out helping with the websites and moved into programming for our Electric Quilt software. I was one of the programmers who helped out with our newest EQ version, EQ8. 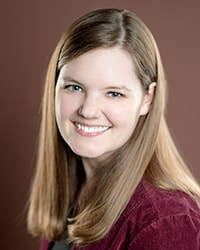 I have been quilting for over two decades and was an EQ user for years before joining the team in 2020. In fact, I made my first quilt with the help of EQ3 when I was in junior high. At EQ I help test software, create books, assist with marketing, and work on special projects. I have a PhD in Folklore and wrote my dissertation on colonial and early American quilt history. After a few years of working as an acquisitions editor in academic publishing I’m thrilled to get to work with quilts and quilters in my day job.

Outside of EQ and quilting I enjoy trying anything textile related. I also love to travel, read, play video games, and spend time with my family, friends, and my cat.

Photo by Tall and Small Photography 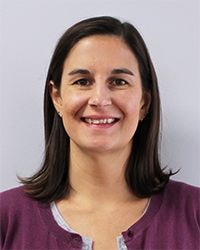 I started working at Electric Quilt as a graphic design intern back in 2001 and stayed on after I graduated from college. I caught the quilting bug while working here at EQ–you can only see so many beautiful quilts before you want to try making one yourself! It’s through my job here at EQ that I’ve had quilts published in Quilts & More, Quiltmaker Magazine, The Quilter, and Fat Quarterly. I also write the EQ8 Creative Spark series found in Quiltmaker Magazine.

My favorite part of the job is helping customers learn to use the software, whether it’s through lessons, blog posts, or teaching at EQ Academy! 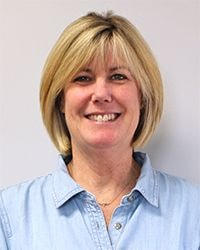 Linda is the friendly voice on the phone when you call EQ. She handles technical support calls, retail orders, product assembly, and makes sure orders are shipped out in a timely manner (among many other things). Linda’s calm personality has been a blessing in the ordering and shipping departments. 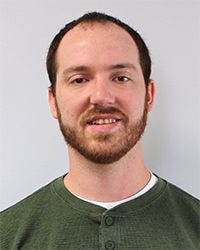 I am support specialist who developed and maintains the EQ websites, software installations, as well as nuts and bolts of the EQ servers, email list and most complex technical support issues.
I have 10+ years of experience in Computer Science having previously worked as a web developer and as an IT support specialist for Bowling Green University.

When I am not at EQ, I spend my time wrangling my three rambunctious dogs (Charlie, Chow Chow/German Shepard mix; Stella, Eskimo Dog/Border Collie mix; and Reilly, Shih Tzu/Maltese mix) and trying to keep up with my two children.

How It All Began

The Electric Quilt Company started as Dean Neumann, then a math professor at Bowling Green State University, married Penny McMorris, a corporate art curator and producer/host of several PBS series on quilting. Both loved quilts. And Dean had an idea he hoped might help quiltmakers develop their design ideas on-screen. So as Penny worked on a new television series, Dean spent spare time teaching himself programming, then developed the first Electric Quilt software program.

Dean’s program debuted on a segment of Penny’s “Great American Quilt” program (WBGU-TV) in 1991. Viewers from across the country called the television station. Penny and Dean collected their names. And The Electric Quilt Company was born.

Today The Electric Quilt Company is the leading quilt design software company in the world. In the company’s 28 years it has produced many software editions, published numerous books, and a whole line of downloadable block patterns called My EQ Boutique Blocks.

But equally important is education and customer support. The company offers hands-on EQ education in Perrysburg, Ohio at EQ Academy, which is held in April and September. Electric Quilt places a special emphasis on offering customer service. Penny & Dean both agree, “We are immensely proud of the people behind our company: how hard they work, how smart they are, how eagerly they tackle new assignments, and as importantly, how kind they are to users who contact us for help.”