The EQ7 Update has many enhancements, including a completely new feature for the Image worktable. Not only are there improvements, but the Update makes EQ7 run faster and more efficiently on your computer. We highly recommend updating your EQ7 now.

Watch a video of the new features and enhancements, or just browse the list below.

Color Accent
Worktable > Work on Image > Image > Color > Color Accent: This new effect lets you select a color to emphasize and isolate from the image. The remaining colors in the image will all become grayscale. 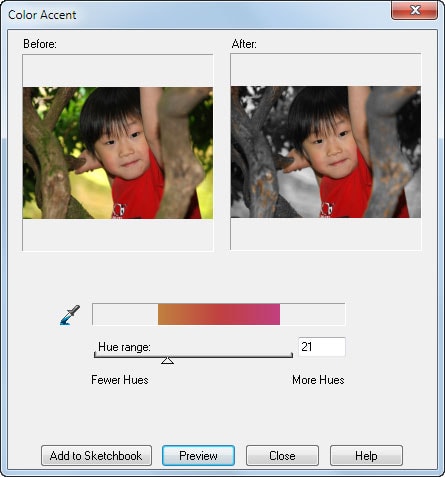 Notice how the block aligns and sizes itself to the gridlines.

Marquee-set blocks on all layers
If snap block size to the grid is turned off, marquee-set of blocks will round the size to the nearest 1/4 inch automatically.

Marquee-set blocks on Layer 2 or Layer 3 of any quilt layout will snap to the grid and snap the block size if these options are set in the Quilt Options.

Applique Text
In Build 2, the Applique text palette will show font styles in the drop-down.

Embroidery Designs
Embroidery designs will now drag and drop in the size in which they were created instead of 6×6.

Embroidery designs can be rotated and flipped using the Rotate Block tool and the Flip Block tool.

Serendipity
WORKTABLE > Work on Block > BLOCK > Serendipity: Serendipity-created blocks can be edited to the Block worktable. Original release did not allow editing of any of the new serendipity styles. The original intention of serendipity was to create interesting blocks for quilt design. They were not created in a way that made them editable to the worktable. In Build 2 these blocks can be edited to the EasyDraw tab. They can be quite complex, and EQ recommends using them as guides to draw new blocks and not as drawings that can be continuously edited. You will be reminded that the block was originally created using Serendipity when you see this message box:

Move and Resize Patches on the Applique Tab
On the Applique drawing tab for the Block worktable, you can use the keyboard arrow keys to move and resize lines and patches. 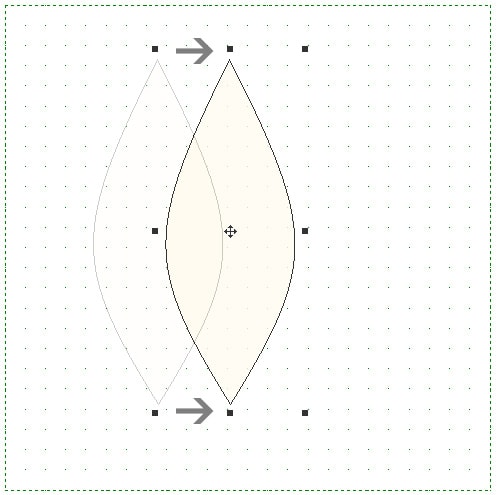 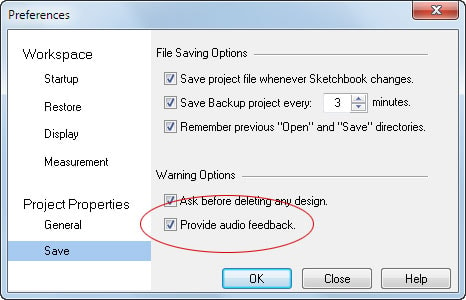 PDF Lessons
These lessons will automatically get updated with the installation of the EQ7 Update. However, if you’ve saved any of the PDFs from your CD to your hard drive, you will want to get the latest PDFs here.

Drag and Drop to Custom Quilt
Build 2 enables auto-set of blocks into the borders of a Custom layout. In the original release, dragging and dropping to a border of a custom quilt would not auto-set the block into the border like with other quilt styles.

Dragging and dropping blocks to layers 2 or 3 over the borders of a custom quilt would blank-out existing blocks/stencils requiring refresh screen. This has been corrected in Build 2.

Block Menu Commands
Build 2 correctly enables the Send to Front and Send to Back menu commands on the Block worktable.

Send to Front and Send to Back commands were added to the context menu on the Applique drawing tab.

Libraries
Notecards for the Layout Library have been corrected.

Default Settings
Installing this update restores EQ7 to default settings, as if it were reinstalled.